hat happens when the parts department of an RV dealership gets continuously neglected? Easy – parts get lost, employees get confused, and worst of all, customers grow frustrated because they have to put up with poor customer service.

Things can become even more chaotic when the dealership decides to grow. In the case of Leach Camper Sales, an RV dealership with locations in Iowa and Nebraska, growth could’ve easily torn its parts department asunder – but that’s not what happened. Instead, it blossomed along with the rest of the business.

The reason is simple – the parts department at Leach Camper Sales had the right tools to keep up with the times. We’ve recently had the pleasure of speaking with Bob Saunders, the Parts Manager at the dealership, who told us everything about those tools. Find out what he had to say in our interview with him below!

Tell us a little about Leach Camper Sales and how you got involved.

Bob: “Leach Camper Sales has been around since 1962, and it’s been the only RV dealer in the Council Bluffs area for quite a while. Before starting here, I was self-employed in another business until I joined the dealership as its Parts Manager in 1995.

We have two locations – one in Council Bluffs, Iowa, and the other in Lincoln, Nebraska.”

What would you say separates Leach Camper Sales from other RV dealerships?

Bob: “I think our customer service, product quality and the fact the we’ve been around for multiple generations.

What are your biggest challenges in this business?

Bob: “Knowing what to have on hand, keeping the inventory stocked and being able to order parts in a timely fashion. We run into a lot of that because we order all of the parts for our service department too, and trying to get them requires a lot of legwork and time, which is not easy, especially during the peak season.”

How do you make sure that you have everything in stock?

Bob: “Most of it has to do with experience. We know what we need to stock up on ahead of time. What makes things easier is having some kind of system to help out with that.”

On that note, when did you implement IDS and what was the initial reason for doing so?

Bob: “We implemented IDS because we wanted to have everything in stock and modernize our entire business. We started the conversation with IDS around 1996 – after meeting them at the National RV Trade Show where we had a look at their dealership management system.

We’ve actually looked at a whole bunch of systems, but we ended up going with IDS.”

What made you choose IDS out of all of the other systems?

Bob: “It seemed a little more user-friendly. Edd Leach, the owner, has always had a lot of friends in the business, with large and small dealerships. So, he talked to a lot of them and learned that they were all using that system. They gave us good feedback.”

How does IDS help you tackle your biggest challenges?

Bob: “The newest version of the IDS software, called G2, is awesome – it speeds things up a lot for me, especially when it comes to ordering parts for the shop. The special-order function along with the ability to do everything through the work order is incredibly helpful.

IDS is also really nice for pulling reports. You can pull them off and print them off in no time – just to see where you’re at, especially when it comes to the gross profit, parts usage and things like that.”

And before you implemented IDS back in ‘96, did you have any other system, or were you all manual?

Bob: “The parts and service departments were both all manual. However, our dealership did have bookkeeping software and things like – until we transitioned onto IDS completely over time.”

How does IDS compare to not having any system at all?

Bob: “Without any sort of software, we would not function with the amount of business that we do today. After all, we do over $1 million worth of parts a year.

What would you say is your favorite feature or functionality of IDS?

Bob: “The ease of use is definitely one of them, especially with G2.

In terms of actual features, I’d say the special-order functionality is my favorite because it saves me a lot of work. For instance, if you quote someone a special price on a part, you can override the price in the special order, and it would automatically become the right amount when you sell the part.

What’s even better is that anyone on the team can pull up this information, which eliminates any potential misunderstandings.”

How long would you say it takes to train one of your employees to use IDS?

Bob: “Usually, a week or less, but it often depends on what functions we want them to use. So, if we want them to learn all the ins and outs of the system, then naturally, the learning process would be longer than a week. IDS has so much to offer that you simply can’t learn it all in just one week.”

Do you use the IDS Mobile App?

Bob: “All of our techs have tablets, and we mostly use the App in the service department. The reason we rely on tablets is because they are more convenient than smartphones.”

How much has IDS contributed to the overall success of the Parts department?

Bob: “It’s allowed us to track sales and purchases, look up part quantities and availabilities, see ETAs on purchase orders and things like that. IDS has made it easy to do all of those things.”

How has IDS changed your professional life?

Bob: “It’s given me the ability to be better informed about things and to give people more information, more answers, faster, rather than having to go through a whole stack of paperwork to find a purchase order and then make phone calls. Overall, we get more things done now – and more accurately.” 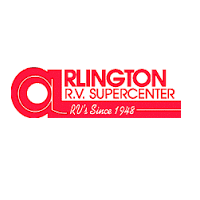