Founded in 1966 by Herb Nill, when he purchased a small-town dealership in Junction City, Oregon, Guaranty RV has since become a huge organization, with 700 new and used vehicles across dozens of brands in stock.

Although at one point, the business had up to 10 locations, industry changes had forced it to rebuild itself from the ground up to have one “mothership” location and expand from there.

Even with these changes, Guaranty RV is still the largest dealership in Oregon, and one of the largest in the US.

But that’s not the only thing that’s shifted. Through the decades, sales have changed as well. With today’s RV buyer moving from on-location to online shopping seamlessly – a process recently expedited by the COVID-19 pandemic – Guaranty RV needed to pivot. We sat down and chatted with Terry Muir, the General Sales Manager, to learn how he empowered his sales team to keep on succeeding in today’s ever-changing market.

How did you get involved in the dealership?

Terry: “In 1979, I started in the auto industry, and transitioned into the RV business in the mid-90s. My role at Guaranty started soon after. I moved on to gain experience in a few different industries as a high-caliber salesperson, and later owned my own business.

In 2009, like many people at the time due to the economic downturn, I found myself seeking new opportunities again and was welcomed back to Guaranty. I was quickly promoted up the ranks, and within six months, I became the General Sales Manager.”

Can you talk a little bit about your sales process?

Terry: “We have a unique footprint. In the early 90s, we peaked in terms of sales and had 10 locations. Over time, the dynamics of the industry, the town and the state of Oregon have changed dramatically, so we have pivoted the business to be more streamlined.

Fast forward to today, and one of the most unique things about our company is that we have over a dozen different profit centers, including parts, sales divisions for trailers, fifth wheels and motorhomes, an RV park, a café, a collision center, a detail center and two service centers – one for motorhomes and one for towables. We are still among the biggest dealerships in America.”

Can you talk about your role and key responsibilities?

Terry: “We have about 350 employees, and I directly manage approximately 150 of them. My job is to oversee the RV sales and retail sectors of our company.

I help make each of those divisions profitable, balanced with maintaining the highest reputation possible, knowing that we have many moving parts.

I am constantly looking for the next big thing that’s going to drive business opportunities. Everything that we do in our organization is a driver of our next sale and the next customer that does business with us. We take a lot of pride in our business reputation both for Google star ratings, and in the community.”

How long have you worked with IDS?

Terry: “We’ve been an IDS dealer for 15 to 20 years, and we have more recently adopted the CRM.”

What would you say is the biggest benefit of IDS’ CRM solution?

Terry: “It gives me access to all of the customers that I cannot see in person, and it helps me learn what is currently taking place with the opportunity. It takes it from a verbal to a non-verbal relationship, and that’s key.

For decades, just about everything we did was verbal and it’s difficult to ‘inspect what you expect’ when there are no tools that measure a conversation. The CRM takes the temperature on what is happening within our business on a moment-by-moment basis.

It helps us identify what our strengths and weaknesses are when it comes to communicating with our customers who are not on the property. I have six sales managers that are all working in different areas; it gives me the ability, at any moment, to know what people are doing to process the next opportunity that’s moving through our store.”

What CRM systems have you tried before giving IDS’ CRM a second chance?

Terry: “At that time, we committed to CRM as a concept, and we selected Microsoft© Dynamics. We ended up settling on it because it was a Microsoft© Windows-based system and it seemed like it was going to be simple for us to implement.

We were pitched the product by some talented people that knew the product inside out, which always makes a big difference when you are looking at a product as complex as this.

One of the things that we did, after we agreed to take on the product, was step out and create our own implementation team. So, we bought the product, but not the team to be more economical. Instead of working with the people involved in this whole process and hiring the relevant implementers and designers, we did that in-house.

That ultimately became a huge demand on our people and processes because we did not have the right expertise on our team. By the end, we had a four-year development process with the Dynamics product, and we had not reached our goals.

The more we continued to develop it, the more we learned that it was not living up to our expectations. We clearly saw that it wasn’t contributing to what we were trying to become as an organization.”

Why did you eventually decide that IDS’ CRM was right for you?

Terry: “Being a big dealership has some unique challenges, and today, IDS is able to manage them. We are a complicated company to work with since we were created in 1966 and have a very unique business model. Not only do we do things a little differently than almost every dealer in America, but we are also a massive organization.

Coming in and tackling our data and doing it in a way that does not disrupt our day-to-day business is key. The reason IDS could do this is simply because the system works. It is leaps and bounds ahead of what the competition is offering.”

What would you say are some important features when it comes to a good CRM?

Terry: “Well, I think that one of the must-haves right now is the mobile app. We do 30 tradeshows a year, so we have salespeople who are away from the dealership for 30 to 60 days at a time.

The power of the mobile app is that it will keep them connected. That will become an even more important feature as time moves forward.”

Where do you see a business benefit to a CRM?

Terry: “It motivates our salespeople to stick with opportunities long-term. Picture me, as a salesperson, meeting a prospect two years ago and putting them into the system. At the time, there is nothing going on with them since they’re not buying anything.

They are not an opportunity… they are just a contact. Suddenly, that customer shops on the website tonight, fills in the web form, and the opportunity goes right to me again, as the salesperson, to continue working.

From a management standpoint, that is where the money is. When, as a supervisor, you can tell your employees that, ‘You’re not going to lose out on an opportunity. If you log these people properly in the CRM, they’re going to be with you forever.’ That’s the kind of stuff that makes us certain that this system is going to last for a long time and benefit our employees.”

How are you coping with the COVID-19 pandemic?

Terry: “As a dealership, we are still open and doing business. I have watched us, since the beginning of the pandemic, close sales faster than ever. Previously, the average time that we were spending with a customer, from the time we met them until the time we delivered was between seven and 10 hours.

Today, after first creating the contact in the CRM, we are literally spending less than three to four hours with them. That amounts to an efficiency of 50% to 60% since the virus has put us in a challenging situation.

I’m still using my people skills and working the sales. But I don’t have the obstacles that normally come with sales that transition from online to in-person. The CRM has been critical in this way. I’m able to eliminate hours of work that, typically, I would have had to put in had I not had this system.”

How much has IDS contributed to the overall success of your dealership?

Terry: “As a sales team, I think we are some of the very best in the business. At the same time, IDS is going to make our employees so much better at their jobs.

It is going to create a new level of transparency between us, our salespeople and our processes.

We’re going to have processes that work and ones that don’t, which gives us a completely different way of attacking challenges in the marketplace. I’ve done this since I was 18 years old, and I’ve rarely ever seen as much momentum in a salesforce trying to tackle a new process, technology or business opportunity as I’m witnessing right now.” 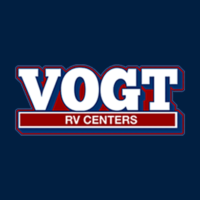 As you know, 2020 hasn’t been an easy year, yet despite the odds, many dealers are not just surviving but actively thriving in today’s market. So, what does 2021 hold?

Find out in our Trends Report.